"So he departed from there and found Elisha the son of Shaphat, who was ploughing with twelve yoke of oxen in front of him, and he was with the twelfth. Elijah passed by him and cast his cloak upon him... Then he arose and went after Elijah and assisted him."

A God of surprises (although not for Him!)

What sort of week are you anticipating? You might have returned from your weekend or a holiday to find a pile of work, some of which you have been dreading. Maybe you have been working all weekend with still a whole load of work or study to do. Or does it just look like another normal week ahead, similar to all the others?

In this passage we find Elisha going about his farming business. Despite his probable wealth (twelve pairs was not an inconsiderable number of beasts to own) he had his hand to the plough, in what was no doubt hard and dusty work. In what was a usual days work, it is unlikely that he was expecting God, through the prophet Elijah, to show up and call him to a new task, work that God had prepared for him to do in advance (v16).

Your work as a lawyer is important and stewarding what the Lord has entrusted into your care is a privilege. But are you willing to be open to the unexpected surprise or opportunity that God might have prepared for you this week if you are willing to hear his voice?

It may not mean taking action as radical as shredding your law books to move on - the equivalent of Elisha burning his yoke (v20) - although it could be. But would you be open to the promoting of the Holy Spirit to pray with a client whose situation looks bleak, or share your faith with an unlikely colleague, or invite a friend who never seems bothered with your faith to an evangelistic event?

Elisha was willing to risk everything to assist Elijah and serve God. Are you willing to do the same this week to serve the King of Kings however surprising that opportunity might be?

1. Ask God if there is anything specific that He is calling you to do this week, as a witness for Him as you serve in your workplace.
2. Pray for all those that are coming to the evangelistic event in London tonight and specifically for those who don't know Jesus as their personal Lord and Saviour. 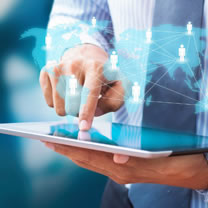 Become confident in your calling 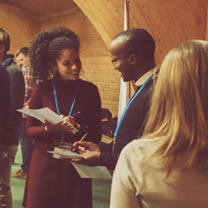